Hope for the suffering 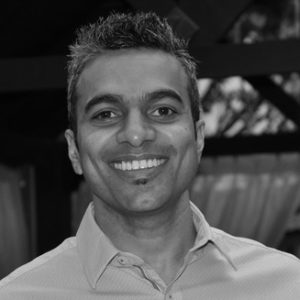 So now we come to the crazy stuff in Revelation. These chapters contain maybe the most well-known apocalyptic images even for those who are not people of faith. The four horsemen of the apocalypse, destruction on the earth and so on.

How do we read this stuff?

More to the point of our journey, how do we get any hope from this?

There are a few handles you will need to read these next chapters in Revelation, and in fact most of the rest of the book.

The four horsemen of the apocalypse. They represent Conquest, War, Famine & Death. As one person has said, just another day in human history. What is going on here? Who are the riders? That question is not revealed to us, nor is it important. The point is this. The Lamb, God himself, is FINALLY responding to all the evil and suffering that people have caused on the earth. The question John and his listeners were asking (asked again later in chapter 6), the question Dave unpacked for us in this past week’s message – “How Long until you avenge us” – is getting the longed for answer. It’s time. This isn’t now. But it will come. To some degree we can read this as God removing his protection (“take peace from the earth”) that is always there, even when we don’t see it. And in other cases he is allowing the forces of destruction to wreak havoc. The point is this – evil will not go unpunished, injustice will not go unjudged, those who have caused suffering will suffer.

Take a few moments today to think about the evil or pain that is closest to your heart. For me, it’s always human trafficking. The more I have gotten to know the survivors and parents of survivors through our Ladies Night, the more my heart is broken…and angered. Why is no one stopping this? How can people get away with destroying life after life, right under our noses?

Take 2 minutes to be silent, resting in the knowledge that He will act.

Dave’s message this past Sunday (catch it here) centered on this passage, particularly on the question of suffering and why God does not always (or often enough) act to alleviate it. He reminded us that the answer “wait a little while longer” is not a non-answer, it’s not God trying to buy time because he doesn’t know what to do, or pushing our heartache and questions aside. It means “rest a little longer”. The white robe given to the martyrs reminds them that their pain and suffering and death is over, but that their longing to see God’s justice and the remedy of all suffering still on the earth, will indeed come.

Be still, wait for the Lord.

Be still, wait for the Lord. This is actually an instruction repeated throughout scripture. So I think we can conclude that it isn’t just for the martyrs, it’s for us as well.

So let’s pray into that today.

Take 2 minutes to be silent and still before the Lord.

Tell him the things you are impatient about, suffering through or desperately needing his intervention for.

You are waiting for Him to act, but you don’t need to wait for His presence. That He offers to us immediately, through His Spirit. So ask Him to speak to you about anything you listed above. What does He have to say?

Ask him for the patience and trust to wait for the outcomes that have yet to be determined; for the suffering yet to be alleviated; for the provision yet to be received.

“I heard” and “I saw” are key phrases that work together throughout Revelation. They go together but always reveal a dichotomy, a mystery.

Remember in our message on Power (looking at Revelation 5:1-6) we talked about how John “heard” about the “Lion of Judah” who sat on the universe’s throne, but what he “Saw” was a slain lamb?

The same thing goes for Revelation 7:1-9. John hears about the number of those who were “sealed” – which just means the number who will be protected from God’s judgement, the ones over whom God takes great care to protect; the ones God sees, the ones who don’t get lost in all the chaos of earth.

From only one Nation (e.g. Israel)?

Does this mean God only has a certain number of people he will care for, protect and ultimately deliver?

Some religions and sects of Christianity believe this…but they miss the see/hear dichotomy in Revelation.

What John “sees” is not a finite number of people who are protected and cared for and delivered by God, from only one nation He sees a number that NO ONE can count, from EVERY nation of the world. God’s protecting, saving and redeeming work is for countless people, from every corner of the world. Just as we cannot count the number of people who suffer, the number of Christians around the world who are troubled, maligned, persecuted or even killed, and we know that no country or people-group or skin colour is immune. In the same way, God will bring a saving and healing and redeeming to more than anyone can count, from every corner of the earth where people have suffered.

The response to this is, of course (like verses 10-12 which follow) to worship the Lamb. Jesus, you see everyone. I cannot count the multitudes who will be saved, but you can. I don’t need to worry whether your work will be complete. In the end, we will be overwhelmed by how perfect and sweeping and enormous your saving work is. And we will praise you.

Take a moment to worship Him for who He is and what Revelation says He WILL do. If it helps you can use a song like this:

This passage again focuses in specifically on the suffering of those who have died for their love for and faith in Jesus. Just like the slain lamb, they too were slain. By sin. By Rome. By Satan. This was of great importance to John’s original hearers. They had lost spouses, brothers, sisters, parents, children, friends…and they could lose their own lives too. Imagine losing a loved one to murder – persecution, torture, crucifixion. We can barely conceive of it. But if we could, we would certaintly want ot know if God himself was paying attention to it as well. And whether He was going to do something about it. And where our loved ones were. This passage gives a resounding answer. They have a special place before the throne of God. The Lamb himself is attending to them – and they are now relieved of all their pain. They are treated with honour and love.

The experience of extreme physical persecution and the threat of death for our faith is far from our reality in the Western world. But it is not far from the reality of 2020. Brothers and sisters around the world are experiencing this very thing.

Take a few moments to read this article on the places and ways that Christians are suffering and how we can pray for them.

Take a few moments to pray as your heart is lead for them. Imagine you and your family or loved ones or church family in their situation. What would you need prayer for? Lift them up to the lamb, with full assurance that He sees them, cares for them, and is planning a rescue and healing for them in the end. Pray for them to see this vision and hold on to faith.

This passage has one of the most odd, but desperately needed (and incredibly important) features. Silence in heaven.

Admist all of the crying and singing and announcements of judgement, we suddenly come upon a period of silence. What is this about? Eugene Peterson in his book on Revelation explains:

When the seventh seal is opened, there is silence in heaven for about half an hour. A climax has been reached. The silence prepares the imagination to receive an incredible truth. While conflicts raged between good and evil, prayers went up from devout bands of first century Christians all over the Roman empire. Massive engines of persecution and scorn were ranged against them. They had neither weapons nor votes. They had little money and no prestige. Why did they have mental breakdowns? Why did they cut and run? They prayed.

It was in order to hear those prayers that there was silence in heaven. Out of the silence, action developed: an angel came before the altar of God with a censer. He mixed the prayers of the Christians with incense (which cleansed them from impurities) and combined with fire (God’s spirit) from the altar. Then he put it all in the censer and threw it over heaven’s ramparts. The censer, plummeting through the air, landed on earth. On impact there wer “peals of thunder, voices, flashed of lightning, and an earthquake” (Rev 8:5). The prayers which ascended, unremarked by the journalists of the day, returned with immense force…as “reversed thunder”. Prayer reenters history with incalculable effects. Our earth is shaken daily by it

What a beautiful and poetic and potent reminder that prayer works. John’s vision reminds us that our words of prayer – weak or quick or even uninspiring as they may seem to us at times – rise up to heaven, are purified of their bad motives or bad theology 😊 , combined with God’s Spirit, and sent back on the earth in power!

What prayers have you stopped praying because they seemed powerless, unanswered or too routine? Maybe it’s time to resurrect one or more of them, with this image of “reversed thunder” in mind.

Who in your life is discouraged right now? Who needs this reminder of the power of prayer? Pray for them, and ask Jesus if you should send them today’s reading and reflection.

Conclude your prayer time by thanking God for His power, His words, and his gracious way of including our prayers with His work.