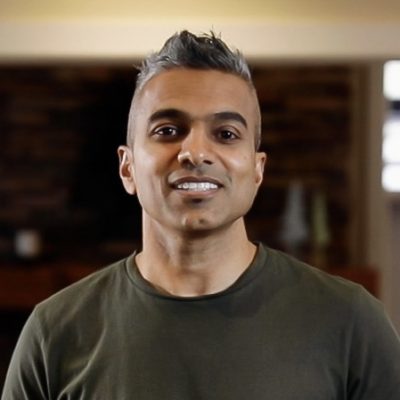 The Revolution of Jesus. Let’s be honest. We love it. We don’t love it. Perhaps even what you’ve read so far in the book of Matthew, or what we’ve talked about in the weekly teaching has left us with mixed feelings. If you’ve stayed with it, good for you! And you’re in good company. Jesus’ disciples were constantly having mixed feelings as they walked with him, ate with him, listened to him and tried to imitate him. But one thing kept them walking. They had never seen or heard or followed ANYONE like Him before.

Before we jump into this week’s readings, watch this video that summarizes the purpose of Matthew’s book about Jesus, and in particular what the focus of chapters 8-10 are about (at least watch up until 5:53).

As the video points out, these chapters move beyond Jesus simply teaching about His Kingdom (what life is like according to Him, the thoughts and actions He is inviting them to adopt) and begin to demonstrate what His Kingdom looks like in people’s lives. Peppered throughout are Jesus’ continuing invitations to “follow me”. It’s like he is saying:

“this is what it looks like…are you in?”

“this is what it means for you…are you still in??”

This last Sunday’s teaching focused on the idea of confession – not being afraid to let Jesus put his finger on the areas in our heart/mind/thoughts/emotions that need forgiveness, healing and cleansing. As we reach each days section, we will use the scripture to point us in an area of Confession. I pray that you feel both the conviction and the healing of the Holy Spirit, that you find freedom in confession and forgiveness.

This section of Matthew’s gospel opens up several accounts of Jesus’ Kingdom work. Two of the first miracles Matthew records are of a Leper and a Centurion. These are not just stories of Jesus’ power to heal. Both of these men would have been considered cursed by God, unclean and therefore unworthy. The leper because of how terrible his disease was, and his being relegated to living outside the city gates, most likely in a leper colony. The centurion because of his profession (he was an enforcer of the Roman empire, a member of the oppressors). In both cases, Jesus’ healing restores not only health but also dignity, worth and acceptance.

Jesus chooses to “touch” the untouchable leper. He could have just spoken a word of healing, but he chose to touch the leper. Why? Because the leper’s life was defined by the fact that everyone who touched him was made unclean; therefore no one clean would touch him. Jesus touches him and instead HE is made clean. Jesus in one touch removes his disease, his stigma and his isolation.

With the centurion, he not only does a miracle for someone who represented the enemy, he uses this Gentile (non-Jewish) outsider as an example of what true faith in Jesus is meant to look like.

Wonderful. But let’s be honest.

Perhaps if we were a god-fearing Jewish person who was sick, in need of some help, we might wonder why Jesus is prioritizing people like this. Have you ever wondered why people less committed to God and more undeserving of His grace seem to be more blessed or healed or cared for than you?

This section ends with Jesus reminding his disciples that it’s not easy to follow Him, that it takes faith to trust Him in spite of what we see around us. For the next few minutes:

The two miracle accounts in this section of Matthew’s gospel continue to show the far-reaching scope of Jesus’ power. He has authority and power over the demonic world, drowning the evil spirits in the abyss (the sea or “waters” represented the abyss to first-century people, many of whom had lost loved ones at sea) – which was the very thing they begged him not to do. Secondly he shows that he has power to forgive sins AND cure paralysis. In fact the interplay in that miracle posits the rhetorical question of which is harder for God to do – heal paralysis or forgive sins. Jesus puts any doubt of either to rest by doing both.

Reading these accounts today though perhaps can highlight an area in our faith that might need confessing. Consider these questions:

If you have trouble believing – really believing – any of these above, take some time to ask Jesus why?

Confess any unbelief and ask Him to help you believe.

Today we’re going to work out our imaginations a bit, in order to help us experience scripture first-hand and encounter Jesus even more profoundly. Pick one of the miracle accounts in this section, perhaps one that most astounds you or you could most relate to (b/c you’re a parent, a woman or a man):

Imagine you are in their situation or you are one of their loved ones.

Imagine what it would have felt like to suffer with that illness, or to care for someone suffering.

Try to feel what it would have felt like to have the suffering go on for years and years, or to feel so hopeless than anything could change.

Now try to read the miracle account by placing yourself in the story. Imagine the scene happening around you, Jesus talking to you.

What would it have felt like to actually experience healing? What would immediately change in your situation with that healing?

Just sit in these feelings of joy, freedom, elation, hope.

Now hear Jesus saying these words (paraphrased from verses 37-38) to you:

Confess any lack of faith or courage or compassion for others in your own life. Ask Him to help you join his healing and redeeming and freeing work more.

Jesus’ call on his disciples was both exhilarating and terrifying. He was giving them incredible authority and power to go and do what He had just done (for the last two chapters). We don’t know how much time had elapsed for them but they had likely seen Him minister like this for months. And now they were told and empowered to go and do the same. Exhilarating!

But they had also been around him long enough to see that not everyone loved Him or His Kingdom. He had a growing list of enemies. He encountered scorn, ridicule, faithlessness, hostility and rejection wherever he went. So likewise, he warns them, will they.

And it wasn’t just warning that they might encounter some of the same things. It was partly prophesying of a time when they would (verses 17-20 describe some of what actually happened to them in the book of Acts, just a few years later).

Our teaching series has been talking about the fact that Jesus’ revolution turns the world upside down. Sounds so poetic and dramatic. But the reality is that many people like the world the way it is, or stand to profit from it the way it is (not to mention the forces of darkness in the spiritual world who want people to stay in bondage, sickness, conflict and chaos). So when Jesus’ disciples (you and I) go out into the world with his Revolutionary teaching and work, we will face opposition.

Perhaps you’ve experienced this before. Doubt, scorn, criticism, opposition, hostility, hurt as a response to your faith, your prayers, your lifestyle and commitment to Christ.

Jesus encourages us like He did his disciples: “have no fear of them”.

Easy to say. Very hard to do. We know that the disciples continually struggled with fear, often gave into it. For the next few minutes:

These are some of the hardest (and seemingly harshest) words Jesus spoke to His disciples. What did he mean by saying that He was coming to divide households or that somehow we have to choose between loving our family and loving Him. I thought he told us to love our enemies; surely that meant in addition to loving our family!!

The context is important.

Jesus’ disciples lived in a culture where loyalty to family literally was EVERYTHING. That loyalty meant you worked in the family business for your whole life, you married who your family wanted you to marry, you used your wealth and health and whatever power you had to serve your immediate and extended family, and you adopted the faith and religious practices of your family. All of this was meant to bring honour to your father and mother, your family name and the well-being and honour of all your relatives. It also was what secured your future financially (either running the business as a son or being married into a wealthy family as a daughter) and relationally (marriage, kids, etc.).

So what is Jesus saying to His disciples with these strong words? He is gently but consistently helping them realize what it will mean for them to follow Him. It will mean:

This would have been SO hard for them. Our 21st century Western hyper-individualized culture cannot really even comprehend what Jesus was asking of them.

And yet, his call to us to follow him now is no less costly. It still means:

Which is why he ends with the words of “Reward”. Jesus doesn’t ask us to suffer the risks and hardships of following him because suffering is good and pain somehow proves we are worthy. No. anything Jesus asks us to do is always for the reward we will receive. But it’s a reward that is richer, fuller and deeper than what this world can offer. And it is not received in fullness until Jesus returns.