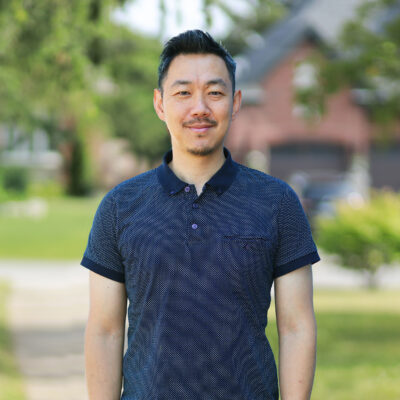 This week’s Daily Reading has to do with clarifying the Jesus that you and I have been following. Whether you are on the fence about who Jesus is, or maybe you’ve been a follower of Jesus for a long time. My hope is that the reading and reflection will help you get what Jesus is about. Throughout the reading, there are references to this past Sunday’s teaching called “Wave No Flag” by Pastor Vijay. So if you haven’t watched it yet, carve out some time and have a listen.

1 In those days John the Baptist came, preaching in the wilderness of Judea 2 and saying, “Repent, for the kingdom of heaven has come near.” 3 This is he who was spoken of through the prophet Isaiah:

“A voice of one calling in the wilderness,

‘Prepare the way for the Lord,

make straight paths for him.’”

4 John’s clothes were made of camel’s hair, and he had a leather belt around his waist. His food was locusts and wild honey. 5 People went out to him from Jerusalem and all Judea and the whole region of the Jordan. 6 Confessing their sins, they were baptized by him in the Jordan River.

7 But when he saw many of the Pharisees and Sadducees coming to where he was baptizing, he said to them: “You brood of vipers! Who warned you to flee from the coming wrath? 8 Produce fruit in keeping with repentance. 9 And do not think you can say to yourselves, ‘We have Abraham as our father.’ I tell you that out of these stones God can raise up children for Abraham. 10 The ax is already at the root of the trees, and every tree that does not produce good fruit will be cut down and thrown into the fire.

11 “I baptize you with water for repentance. But after me comes one who is more powerful than I, whose sandals I am not worthy to carry. He will baptize you with the Holy Spirit and fire. 12 His winnowing fork is in his hand, and he will clear his threshing floor, gathering his wheat into the barn and burning up the chaff with unquenchable fire.”

In the book of Matthew, the first time the phrase “Repent, for the kingdom of heaven has come near” was said not by Jesus, but by John the Baptist. Now that is not to say the John the Baptist and Jesus were equal in their divinity. John the Baptist was somewhat of a messenger that went before Jesus, if you will, to proclaim, the coming King and his kingdom.

In fact, in another gospel, recorded what John the Baptist said about Jesus.

(John testified concerning him. He cried out, saying, “This is the one I spoke about when I said, (Jesus) who comes after me has surpassed me because he was before me.’”) – John 1:15

John the Baptist brought about a challenging message of the coming King, that chaff will be burned up and trees will be cut down if they don’t produce good fruit.

The Jesus that John the Baptist is referring to is one who is here to bring about change by fire. Repent means to change, to turn, and to revolve around.   Kingdom means new rule, new power, new leader, new day. Is this the Jesus you know? The one who calls you to turn from your ways and enter into a new order where Jesus — is king. Are there areas in your life where you said to Jesus “Don’t touch this area, I don’t want to change.”?

Take a minute to reflect and ask God to help you.

15 Jesus replied, “Let it be so now; it is proper for us to do this to fulfill all righteousness.” Then John consented.

16 As soon as Jesus was baptized, he went up out of the water. At that moment heaven was opened, and he saw the Spirit of God descending like a dove and alighting on him. 17 And a voice from heaven said, “This is my Son, whom I love; with him I am well pleased.”

I want to invite you to watch this again, the meditation is about a minute into the linked video.

As you meditate, here are a few thoughts per Pastor Vijay:

Friends, take a few minutes or even longer on this. Let yourself settle into the love of Christ. Be comforted by his presence. Because of Jesus, hear God saying to you “You’re my son/daughter, whom I love; with you I am well pleased.”

1 Then Jesus was led by the Spirit into the wilderness to be tempted by the devil. 2 After fasting forty days and forty nights, he was hungry. 3 The tempter came to him and said, “If you are the Son of God, tell these stones to become bread.”

4 Jesus answered, “It is written: ‘Man shall not live on bread alone, but on every word that comes from the mouth of God.’”

5 Then the devil took him to the holy city and had him stand on the highest point of the temple. 6 “If you are the Son of God,” he said, “throw yourself down. For it is written:

“‘He will command his angels concerning you,

and they will lift you up in their hands,

so that you will not strike your foot against a stone.’”

7 Jesus answered him, “It is also written: ‘Do not put the Lord your God to the test.’”

8 Again, the devil took him to a very high mountain and showed him all the kingdoms of the world and their splendor. 9 “All this I will give you,” he said, “if you will bow down and worship me.”

10 Jesus said to him, “Away from me, Satan! For it is written: ‘Worship the Lord your God, and serve him only.’”

11 Then the devil left him, and angels came and attended him.

In order for us to choose Jesus, we must know who he is. Listen, your understanding of Jesus will impact your thoughts and actions and how you go about your life more than you’ll ever know. To use the images from this past Sunday’s teaching, is the Jesus you follow the baby Jesus who is powerless against evil, the politically conservative Jesus, or the liberal Jesus, or the heavenly Jesus who lives out-there and is far removed from our daily struggles, or is he the rural, laid-back Jesus?

<Pause for a minute to pray, ask the Holy Spirit to come and reveal what he has to say to you today>

So what did you hear? Did you discover some insights into who Jesus is?

Here’s what I heard – Jesus takes God’s word seriously, and God’s word he likely means the Jewish Law, every word of it. To me, this is a call to examine whether I have given myself to wrestle with passages that I don’t fully understand or agree with. Or do I brush over them and only cherry pick passages that I agree with what I already believe the most?

Secondly, Jesus has power over the devil and temptations. He is not swayed by anything that pulls him away from God whether it is fame or vanity. He cares deeply about placing God at the center of his life.

Take a moment to thank God for revealing what he did today.

12 When Jesus heard that John had been put in prison, he withdrew to Galilee. 13 Leaving Nazareth, he went and lived in Capernaum, which was by the lake in the area of Zebulun and Naphtali— 14 to fulfill what was said through the prophet Isaiah:

15 “Land of Zebulun and land of Naphtali,

the Way of the Sea, beyond the Jordan,

Galilee of the Gentiles—

16 the people living in darkness

have seen a great light;

on those living in the land of the shadow of death

a light has dawned.”

17 From that time on Jesus began to preach, “Repent, for the kingdom of heaven has come near.”

Jesus showed up in the area of Zebulun and Naphtali where in times prior to Jesus’ had prophesied about the coming Messiah through the prophet Isaiah.

Here Jesus said “Repent, for the kingdom of heaven has come near.” Which essentially calls for this: “Turn from your ways, for the new rule of heaven is here.”

And Jesus is not just any king, he is a good king and he is good to you.

Sit back and let Michelle, Jon, and Curt, lead you into a song that acknowledges and lifts up Jesus as the King of your heart, and king of your life!

Let the King of my heart

Be the mountain where I run

The fountain I drink from

Oh, He is my song

Let the King of my heart

Be the shadow where I hide

The ransom for my life

Oh, He is my song

The goodness of God is running after you. He comes for you.

Take 2 minutes to sit in silence. As you do, ask Jesus to come near you.

When you read the passage below, read it slowly and if possible, read it aloud.

18 As Jesus was walking beside the Sea of Galilee, he saw two brothers, Simon called Peter and his brother Andrew. They were casting a net into the lake, for they were fishermen. 19 “Come, follow me,” Jesus said, “and I will send you out to fish for people.” 20 At once they left their nets and followed him.

21 Going on from there, he saw two other brothers, James son of Zebedee and his brother John. They were in a boat with their father Zebedee, preparing their nets. Jesus called them, 22 and immediately they left the boat and their father and followed him.

23 Jesus went throughout Galilee, teaching in their synagogues, proclaiming the good news of the kingdom, and healing every disease and sickness among the people. 24 News about him spread all over Syria, and people brought to him all who were ill with various diseases, those suffering severe pain, the demon-possessed, those having seizures, and the paralyzed; and he healed them. 25 Large crowds from Galilee, the Decapolis, Jerusalem, Judea and the region across the Jordan followed him.

Sit in silence again for about a minute.

Read the passage again and this time read it as if you were Simon Peter, or Andrew, or James or John. See from their vantage point. Take a moment to read the passage.

If you are not sure, pray and ask God to reveal to you what Jesus saw.

And what would Jesus be thinking as he sees you?

Jesus not only saw the brothers, he also called out and said to them “Come, follow me.”

If Jesus were to ask you to follow him today, what would your response be? How would you answer him?

If it helps, use these lyrics as your prayer.

‘Cause Your goodness is running after

It’s running after me

Your goodness is running after

It’s running after me

With my life laid down

I give You everything

‘Cause Your goodness is running after

It keeps running after me