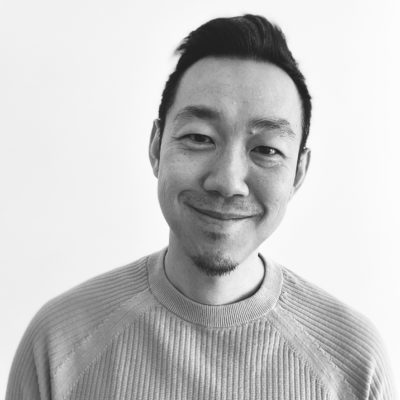 This week we are coming to the end of book of Matthew. We have been exploring Jesus as the Messiah, the Anointed and Saving One. We have come to realized that the saving work of Jesus the Messiah was to be accomplished through his self sacrifice on the cross. The daily reading will interact with the final days of Jesus’ life on earth. We’ll enter, through scripture, into the spaces and places Jesus was in, the people around Jesus and their reactions to Jesus. We may even get a sense of what Jesus was wrestling with before he was nailed to the cross.

Bethany was a small village which is a couple of miles away from Jerusalem. But unlike Jerusalem, which is the epicenter of commerce, politics and religion, Bethany is a rather quiet town. It is in this seclusion that sets the scene for the passage you read.

Noticed that there are four groups of people in the home of Simon the Leper.

First, of course, there’s Simon the Leper, whose home Jesus is now in. Some commentators say that Simon couldn’t have still been a Leper then. He must have already been healed by Jesus already. It’s unclear whether it was Simon who invited Jesus to his home, or whether Jesus invited himself to Simon’s (because that happens quite often). Yet it seems that Simon desires to relate to Jesus by opening his home to him.

Second, there is the woman who came to Jesus and anointed him with a very expensive jar of perfume. It was clear that her expensive purchase was way above her means. She wanted to anoint Jesus with perfume, signifying that He is Christ the Messiah. But at the same time, Jesus knew that the anointing was a preparation for his burial. Jesus was about to be arrested, put on trial and eventually be crucified on the cross. To the woman, Jesus is worthy of the expensive perfume. The Messiah is precious beyond measure.

The third group of people are the disciples. They were shocked and annoyed by the extravagance on display. It’s unnecessary, the money could be better spent on the poor instead, they thought. This was a typical, legalistic move – using the fulfillment of one law as an excuse to neglect the also-important – being with Jesus. Jesus said,

“Why are you bothering this woman? She has done a beautiful thing to me. The poor you will always have with you, but you will not always have me…”

Then there is Judas Iscariot. To him, Jesus was worth something, thirty pieces of silver to be exact. Judas placed the worth of Jesus in terms of how much he can get out of Jesus.

Questions to reflect on

Today our focus is on the passover meal that Jesus had with his disciples before his arrest. This passage you just read covered a few very big topics: Jesus predicted Peter’s denial of him, his prayer to God the Father in the garden of Gethsemane, revealing his own struggle with the weight of carrying out the will of God and at the same time submitting his will under God’s.

On top of that, remember In Day 1’s reading, we read about the imminent betrayal of Jesus by one of his disciples, Judas. The actual arrest of Jesus comes later but Jesus knew beforehand that he was to be betrayed.

Let’s take a moment to stand in Jesus’ shoes. How would you feel and act if you knew that your closest friends will betray and disown you as you do the will of God?

In the midst of the storm, here’s what Jesus did:

While they were eating, Jesus took bread, and when he had given thanks, he broke it and gave it to his disciples, saying, “Take and eat; this is my body.”

Then he took a cup, and when he had given thanks, he gave it to them, saying, “Drink from it, all of you. This is my blood of the covenant, which is poured out for many for the forgiveness of sins. I tell you, I will not drink from this fruit of the vine from now on until that day when I drink it new with you in my Father’s kingdom.” Matthew 26:26-29

He sets up an eternal covenant of forgiveness with his disciples and all who come after. This covenant represents an eternal relationship with God and his people, sealed by the blood of Jesus. Because of Jesus, God will never abandon his people.

His love is evident even in the midst of turmoil. His love perseveres despite the hardest most challenging circumstances. We have the privilege of holding on to Jesus and the love he has for us.

Friends are you in a personal storm or are you going through hardship at the moment? I want to encourage you to hold on to the covenant established by the body and blood of Jesus, by his sacrifice. He understands your situation and his love perseveres in you.

The most brutal reality in this passage comes down to these three simple words: Jesus. is. Dead. Death marks the end of everything we feel and sense. It is painful and lonely. Everything in me wants this part of the account to not be about the death of Jesus, but how he came down from the cross, proved his doubters wrong, and claimed his rightful throne and victory as the King.

In my mind there’s only one way to victory and it’s not through suffering like Jesus did. In fact, Jesus’ suffering is what gave the mockers their thrill – in their eyes, watching Jesus suffer and being nailed to the cross is their way of saying “see, even God can’t save you”. The chief priests, the teachers of the law, the religious leaders, the rebels, and those who were standing there were all mockers.

What is ironic is that while the mockers were busy mocking Jesus they missed the entire plot of God’s way of salvation through Jesus – The “Die Now Live Later” way of Jesus. Of course, with history behind us we know that three days after his death Jesus would be raised from the dead, conquering sin and death with his glorious resurrection!

Scripture depicted traces of hope at the moment of Jesus’ death: the earth quaked, the rocks split, the temple curtain was torn, the bodies of many holy people who had died were raised to life. Those once dead now living because of Jesus! Hallelujah!

Friends, this is the hope we have in Jesus. This is why we can choose to take up our cross and to die now to our old self because what comes later is the resurrecting power of Jesus empowers us to live!

Questions to reflect on

The life of Jesus is marked by his death on the cross and his powerful resurrection three days later. They are two powerful acts of God – dying and living – that when put together in that order tell us that death is never the end of the story for those who practice the way of Jesus. That there is eternal hope in Jesus. And if death is not the end, then the obstacles, flaws, sorrows, and tragedies of life shall make way for fresh, new ways of living in Jesus.

But today’s reading is about the burial of Jesus. This is the time between his death and his resurrection. This in-between time has always been mysterious to me. Why didn’t God just raise Jesus to life while everyone was around and watching him being hung on the cross and skip the burial altogether? Wouldn’t that be the most obvious display of power?

Well, I don’t have the answer to that question. And somehow I feel that there is more than one angle to look at the meaning behind the burial of Jesus.

This passage captures that in-between time and what people were doing during that time. We have Joseph, a rich man from Arimathea, Mary Magdalene and the other Mary. It doesn’t appear they were expecting any miracles of resurrection at all. They seemed to have their hearts set on giving Jesus a proper burial, mourning over his death and placing his body in a new tomb.

On the other hand, the Pharisees and chief priests are doing everything they can to stamp out any possibilities for the so-called “resurrection” to happen. They sealed the tomb and placed a guard nearby.

Neither group was expecting God to come through in any sort of meaningful way. This in-between time is often hard to bear as something precious comes to an end with no apparent signs of the promise that lies ahead. Or it’s the uprooting of what’s beloved but the new has yet to take root.

Friend, I’d like to invite you to sit in this moment of the in-between, Trusting that God’s way is higher than ours.

We ought to be thankful for that.

Questions to reflect upon

I imagine the women telling the disciples about their first-hand account of seeing the risen Christ as they were huffing and puffing from that long run from the tomb to where the disciples were.

It’s fascinating that as if it wasn’t enough excitement for the women to hear from an angel, on their way to the disciples Jesus appeared to them and gave out the location where he’ll be meeting everyone.

As for the guards, they were paid to tell a lie.

The resurrection of Jesus stirred up two responses. The guards saw the angel and were so afraid that they “became like dead men” while the women were “afraid yet filled with joy”.

They all felt afraid but the more nuanced emotions were fear and joy.

The disciples gathered as they started heading towards Galilee, and there they met Jesus, their beloved friend and rabbi, now the risen Lord. Jesus gave some final teaching before he ascended into heaven. As I read this passage so many times, my focus has always been on Jesus commanding his followers to obey and to teach and to make disciples but today I was struck with his final few words at Galilee – “I am with you always, to the very end of the age.”

That although Christ Jesus is in heaven, but that the Spirit of Jesus, the Holy Spirit is with you always. So much of life comes down to this one key: That God is with you and will never leave you. And so we learn to hold on tight to Jesus. We learn to recognize his voice. We learn to spend time with him. For in him is life everlasting. Amen.

God has been speaking to me with this song. Before you go today. Sit and listen, acknowledging the Presence of Jesus with you right now.

May the resurrection of Jesus fill you with a bit of trembling, but much more so with joy!